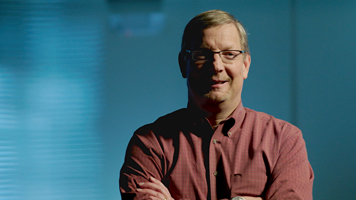 STEVE HORSWILL-JOHNSTON is a four-time Emmy Award winning director, producer, aerial cinematographer, and communications executive with more than 20 years’ experience in both non-profit and for-profit organizations. Steve currently works at Discipleship Ministries, an international agency of The United Methodist Church (HQ) in Nashville, TN., serving as Chief Communications Officer & Brand Strategist. He was named the organization’s top communicator of the year in 2006.

Steve is the founder of Nashville Aerial, a company specializing in aerial cinematography and production. He is also producer of “The Committee”, a web series that attracts more than 150.000 viewers each month.Steve is a former script consultant for DreamWorks Animation in Glendale, CA.Prior to his current position, he was the creative architect and executive director of The United Methodist Church’s first network television advertising campaign; the first and largest Protestant effort of its kind. He produced more than 16 national television commercials and 40 radio commercials. Steve currently is on the board of trustees at Claremont School of Theology in Southern California and has served as chief media consultant to Jim Wallis at Sojourners in Washington, D.C.

Born and raised in San Diego, CA, Steve began his career as an on-air radio broadcaster in both the San Diego and Los Angeles markets. He worked on the Emmy Award winning episodic CBS television show "Simon & Simon" right out of college.

He has produced numerous documentary and promotional films, for clients such as Delta Airlines and PBS Television.

Horswill-Johnston earned his Bachelor of Science undergraduate degree in Film Production from San Diego State University. While attending film school he wrote and produced programs for San Diego public television (KTTV) and was the Program Director of the college radio station.

On occasion, Steve acts on television and film. He is a member of the Screen Actors Guild (SAG), appearing in both television and feature films such as NBC’s “My Parents, My Sister, & Me” directed by Debbie Allen, Screen Gems “Country Strong”, and “No Limit Kids” produced by Elevating Entertainment.

Steve is married to Michelle Horswill-Johnston, an educator. They have two sons, Garrison and Preston.

It's a unique combination. With a background in film, television, and radio, Steve also holds a M.Div. with an emphasis in Religion and Film.

Steve graduated from Claremont School of Theology in California. He was awarded the seminary’s Distinguished Alumnus Award and currently serves on the board of trustees for the seminary.

Awards: In 2011, Steve produced the Emmy Award winning short "Running Back to Forward" (aka "Digital Diary: Christine") which also won 3 film festivals and was a selection at a half-dozen others. In 2012, Steve won a second Emmy Award as "best direction" for a documentary filmed in Berlin, Germany. For producing, writing, and directing Steve has received several national Telly Awards, the Axiem Award for Absolute Excellence in Electronic Media, and numerous “Addy” Gold Awards for advertising. He has earned Awards of Excellence from the Religion Communicators Council (RCC) in video production, Awards of Excellence in visual media and Electronic Online Media from United Methodist Association of Communicators.